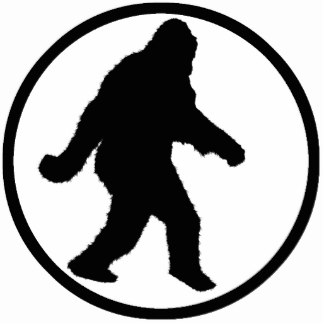 The 20th Anniversary of my Bigfoot Book

As I approach the 20th anniversary of the publication of my first book, ‘Clan of Cain: The Genesis of Bigfoot’, I’m having feelings of reminisces, insight, and melancholy. The journey 20 years later was not what I wanted, expected or planned for, but life often gets in the way of our simplistic view of what we think we want or need or what we define as success.

Why I wrote a book about Bigfoot.

In 1997, when I finally decided to write a book I knew that my first book should be about something that could hold my interest as I invested my time into a long term project.  From a very young age I was captivated by mysteries and by what would later be known as paranormal research.  Chief among those subjects was the mystery of Bigfoot.
I wanted to say something different about the subject of Bigfoot through fiction that hadn’t been said before.  I used the real life of adventurer Tom Slick  as a plot device to propel the story: filled with conflict, self-interest, intrigue and misguided intent.  During this research phase I found an odd story in Mormon folklore that could be interpreted as a Bigfoot encounter.  The David Patten story offered the possibility that Bigfoot might have once been human, but cursed, similar to the legend and lore of the Werewolf.

With something new to say about Bigfoot I began writing while still in college, publishing in 2001.  During this process of writing the Clan of Cain, I discovered many things that I wasn’t good at. Writing is hard.  But in the middle, between the large stones of effort I discovered some joy and satisfaction.  That was the mortar that kept the stones of effort together.

Being able to use creative thought without boundaries was appealing and rewarding.  I would suppose that this is what others feel like in many venues in life: making a touchdown, architecting a building, solving a tough problem, succeeding in business, etc.  If that is your passion and you are good at it, then the reward I felt inwardly was more than could be measured on the outside.

For me, writing felt good.  But my goal, or what I had decided was the criteria for success was not just writing a book, but having that book be a best seller and changing my life.  And along the way I had reason to hope this was the case. After the first year that my book was published I was approached by some film producers that wanted to buy the rights to my book.  I of course said yes, but when a movie was never made, and my book sales were absorbed by my family members and then fell off sharply, the joy I felt during the writing process became a bitter pill.  Based upon what I thought success was, I felt like a failure.

What are the lessons learned from the Hunt for Bigfoot?

The quintessential Big, Hairy, Audacious, Goal (BHAG) is Bigfoot.  The term ‘Big Hairy Audacious Goal’ was proposed by James Collins and Jerry Porras in their 1994 book entitled Built to Last: Successful Habits of Visionary Companies.  However, in the hunt for Bigfoot success may not be what you think.

I did a lot of research about the topic and into the lives of Bigfoot hunters.  At the time that my book was published there were, what some have called, “The Four Horseman of the Sasquatch”.  They were Rene Dahinden, Grover Krantz, John Green and Peter Byrne.  These gentleman didn’t sit in front of their computers and just talk about Bigfoot, they took action.  For them and the modern day Bigfoot hunters you see on reality TV, they combine passion with action and thus creates opportunities for success.

The legendary horsemen and the modern day Bigfoot hunters share a similar fate.  The total summation of the hunt for Bigfoot is a series of failures, scattered with moments of hope.  It is like playing the lottery but nobody wins.  In corporate terms, the R.O.I. is the journey, rather than the destination or the unequivocal proof of Bigfoot.
The eye witnesses I interviewed also seemed passionate about the topic of Bigfoot.  After my book was published I was approached by a close relative who had a Bigfoot story that had never been told publicly.  This raised the credibility of the subject for me tenfold.
The life lesson here is that hunting Bigfoot may be a work in futility, but if that is what you enjoy, then the journey and how you have defined success, is what makes the effort sustainable.

What about Bigfoot now?

Bigfoot reality TV seems to be gaining traction and the interest for Bigfoot seems to increase as the evidence makes only incremental improvements. Coincidently, a recent reality TV program in 2000 called “Expedition Bigfoot”, used very similar techniques to pinpoint Bigfoot that I wrote about in 2001.

The elapsed time in some respects is a case against the existence of Bigfoot.  After more than 70 years of intense interest and research we have yet to find definitive evidence. It could very well be that an intelligent ape that is bent on not being discovered can still remain hidden for hundreds of years from the encroachment of society in the wilderness.  However, there must be at some juncture a tipping point in which Bigfoot has no other place to hide.

I predict in the next 20 years there will be definitive evidence perhaps a body examined in the light of day with the media awareness and scientific scrutiny to prove the existence of this beast. However, I could be wrong, I thought we’d know something more by now.

The footprints I’m tracking now are not the kind that Bigfoot leaves.  I track the path of what makes me happy, keeps my energy up, and I follow these footprint so that I can be successful.  In the deep woods of my life, I’m hoping to find myself and help others as I create a new system for learning called Learing Frames.  That is my BHAG.

In conclusion those who believed in Bigfoot in 2001 still believe in Bigfoot now in 2020 +.

So you may be asking if I believe in Bigfoot.
To that question I respond:  “Yes, but I don’t think it matters, until it matters.” 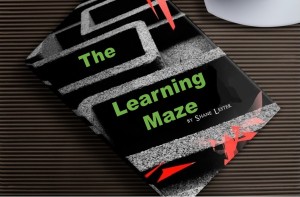 Shane Lester is a Learning Strategist who earned a Bachelor’s of Science degree in Professional Writing and a Master’s of Science degree in Instructional Technology with an emphasis in learning psychology from Utah State University. Shane has had a dual corporate careers in training design and software product design. Shane has published four books and is now on a mission to help people analyze their failures and create learning strategies to help them achieve their goals. View all posts by Shane Lester